Email ThisBlogThis!Share to TwitterShare to FacebookShare to Pinterest
Labels: 1993 不如重新開始

I don't quite like this song notwithstanding its widespread popularity in the madarin speaking regions.
Anyway, we all must thank Jonathan for having brought Sandy to move up along the spectrum and even another class of enjoying and performing singing art.

this duet was written as a chart maker and it was not a bad way to re-introduce SL in the mandarin pop music scene. nothing comes from nothing and every thing happened for a reason. it was meant to be, and it also wasn't meant to be. 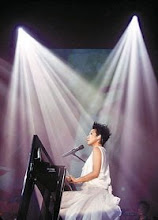